Mexico City 1999. Teenager Tomás is kicked out by his mother after a prank accident and takes the bus from Veracruz to his student brother Federico’s (nicknamed Sombra) apartment in the capital. There is a strike at the cities big university UNAM, but Sombra and his roommate Santos declare themselves “on strike from the strike” – i.e. doing nothing at all. All three go to a university meeting, which soon disrupts in chaotic discussions and fights over ethnic and political issues, and they leave together with their student activist friend Ana. Crashing a film festival, the four are soon bored with the pseudo-intellectual pomposity and start to play in a fountain. Guards throw them out. Drifting around, they decide to look for 1960s legendary rock-hero Epigmenio Cruz that Tomás is listening to all the time in his Walkman. On their way out of town, they are caught in traffic and lose their way, but they eventually find Cruz’ favorite cantina Viejos Lobos by accident. When the four finally get to meet the legend, he turns out to be a grumpy old man who falls asleep out of pure boredom. 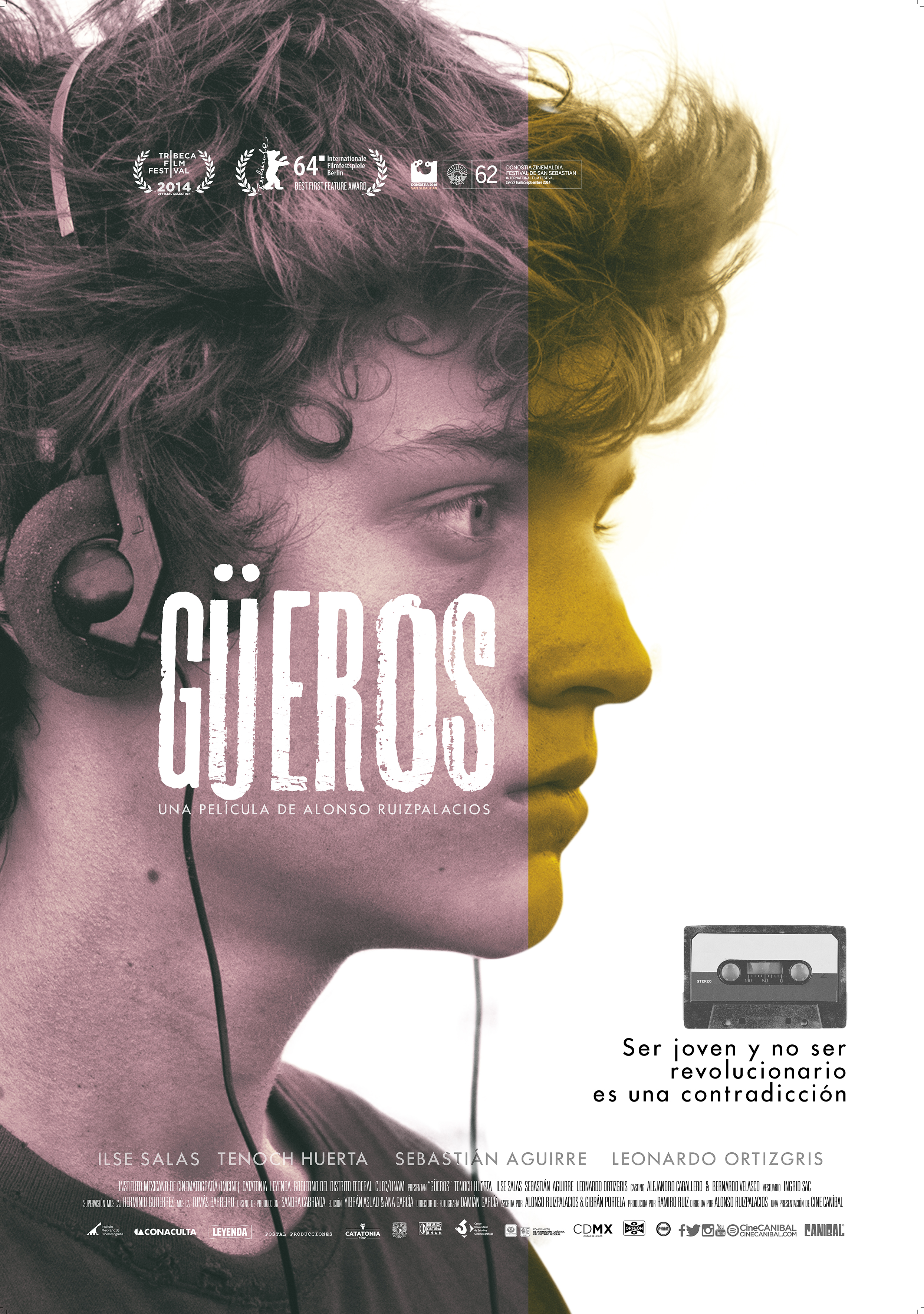 By coincidence I saw Güeros shortly after reviewing two other films that, with disastrous results, tries to connect to the 1960s heyday of art cinema chic and the new wave respectively: Hollywood glamour-poseur nonsense BY THE SEA and its poor French cousin IN THE SHADOW OF WOMEN. Both are so boring and hollow that any discussion about them as artistic failures is bound to overstate their artistic importance.

Güeros is also a clueless postmodern paraphrase of new wave. Still, it gives the viewer an energetic visual treatment worthy of the 1960s with its elegant black-and-white photo in 1.37:1 academy ratio, clever use of framing, angles, cutting and sound treatment.

At the start of the film, director Alonso Ruizpalacios captures something fresh and authentic – “life caught unawares”, as Dziga Vertov and his new wave followers would have put it – soon to shift to a nihilist ‘irony’ mode of the current neoliberal hipster era. It has some good actors, some mildly comical situations and a running joke about a young generation trying to connect to Mexican revolutionary movements in the past, both the 1968 and the 1910 uprisings. But in the end, having found a living rebel legend (“who made Bob Dylan cry”) from the sixties, it ends with a resounding snore.

A comment on a culturally dull and intellectually lazy youth that indulges in shallow nostalgia rather than try to muster the courage to do some groundbreaking work of their own (like the film itself )? An empty nihilist joke? Impossible to tell.

The film title and the running comments about who is and who is not a ‘güero’ (white-skinned, socially privileged Mexican) touches the issue of how identity politics has marginalized the Marxist notion of class. With it, perhaps, also the focus of social change, leading to the confusion and schisms portrayed in scene from the student meeting.

But as the film refuse to focus on anything particular for any length of time – you could argue that this is indicative of a generation lacking the abilities to concentrate for any length of time – it simply does not go anywhere. When the banner declaring that “to be young and not revolutionary is a contradiction” is shown after the chaotic meeting, the banality of the message is just staggering. The next logical step would be for someone to utter the old cliché “if you are not a radical at 20 then you have no heart, if you are not a conservative at 40 you have no brain”. But the film cannot even muster the energy to do that. It just rambles on. 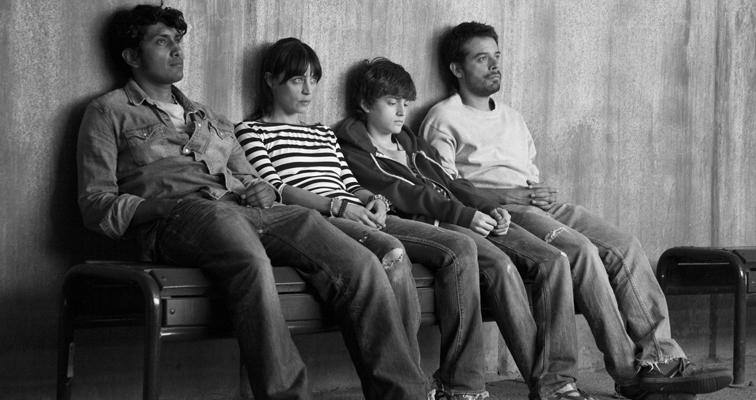 At curtain-fall, all we have witnessed is a compilation of episodes with no comprehensive structure. Just as we are about to enter the student meeting at the university, there is a meta-filmic episode typical of the film’s new wave pretentions. A minor character criticizes the screenplay for being a simple ‘chase movie’ with passive protagonists made out as heroes – they are not even fit to be anti-heroes. Again, the film goes nowhere with this criticism, it’s just inserted as a smug joke, an alibi for the film’s lack of ambition.

Likewise, there is an episode in which the characters’ mock “fucking Mexican movies” as just scoring points about social issues by presenting “a bunch of beggars” on film at European art film festivals. Perhaps so, but I have seen too few Mexican movies to challenge this verdict. As for Güeros, it is a celebration of political apathy, anti-intellectualism and cheap cynicism.

It strikes an art-cinema pose by means of smart visual and aural devices, masking the film’s hollow characters and narrative. That seems to be enough for some film festival juries. Then again, they might have mistaken Güeros for a Mexican film about social issues featuring “beggars”.