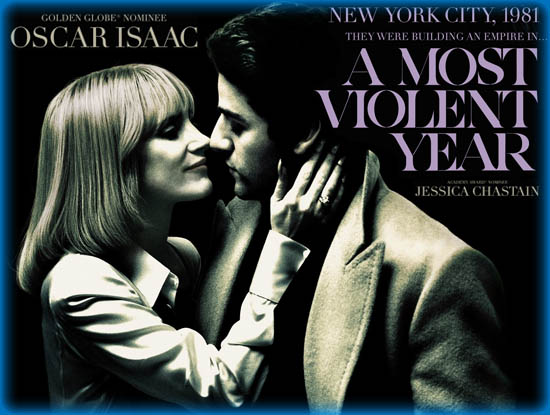 The first shot is that of a man, Abel Morales, running through an industrial landscape. It could be right out of a post-apocalyptic film from around 1981, Escape from New York especially. He is going to build his business empire in a dystopian time of financial crisis, escalating crime and songs about a future lost. His name indicates that he is the favoured one in the eyes of the divine powers, and that this is due to his high moral standards. Throughout the film he flaunts his moral integrity and work ethic, and in the end he seems to get the big payoff. But is this a happy ending or simply the final revelation of his grand self-delusion stripped down to its core of greed and hunger for power?

It is tempting to see A Most Violent Year as the final instalment in a trilogy about the moral labyrinths of business in neoliberal times. The subject is certainly central to J.C. Chandor’s celebrated first feature film, MARGIN CALL (2011), and it has been suggested that his second feature ALL IS LOST (2014) could be a metaphor for the neoliberal ethos of individualism supreme. (Robert Redford’s character in the latter film might even be one of the financial analysts from Margin Call on the run from the law.) Still, the connections between the films are, at best, few. 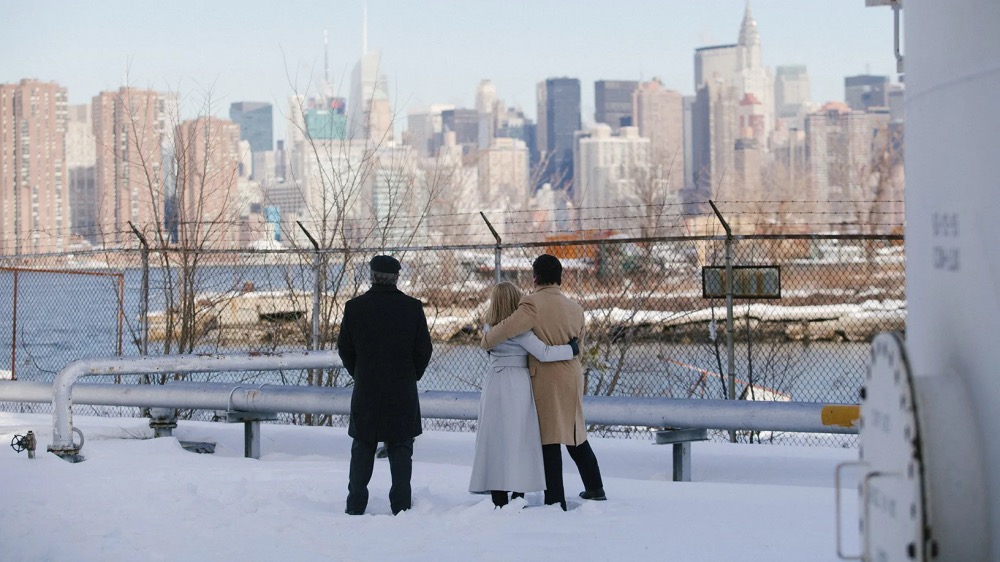 The time, the setting and the style of the film has tempted several critics to compare it with the 1970s films of Martin Scorsese, but I would rather suggest Sidney Lumet and particularly his film THE VERDICT (1982) as the model. The urban decay, the crummy offices in shabby buildings, the old barber shop – signs in both films of old times in black and brown on the verge of collapse, soon to be torn down and replaced by a new era. Chandor even gives us a sign of the new times to come in Morales new family home in Westchester with its distinct 1980s look of open spaces, big windows and light colours.

His style has nothing of the daring narrative experiments of the 1970s or the flamboyant but empty high concept of the 1980s. The film is rather made in the classical Hollywood cinema tradition of style in service of the narrative, subtly underscoring the symbolism of the drama with its colour schemes, art design, costumes, sound design and, of course, music. All very much like Sidney Lumet would have made it. Alex Ebert’s music to the film is more prominent than in his previous, minimalist collaboration with Chandor in All Is Lost, but just as effective in its both alluring and unsettling electronic sound track vaguely reminiscent of SCARFACE (1983). 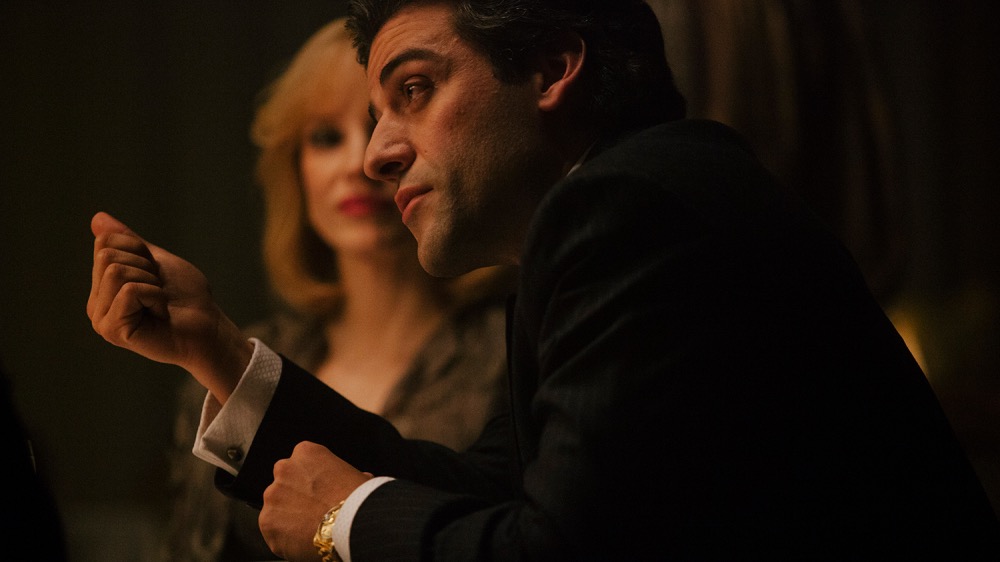 The title is explained in the film by the fact that 1981 was an all-time high of crime in New York City, but the film itself is not that violent even compared to the films of that time. Chandor stages a long chase ending in a violent showdown between Morales and the tanker hijacker that borrows a bits and pieces from the famous chase in THE FRENCH CONNECTION (1971). Here it begins by car, then it goes by foot for a few blocks and ends up on the subway and a fight that gets Morales positive proof of that one of his competitors is behind the attacks.

For the most part, however, the violence is implied in the threats against Morales’ firm and family. When even the district attorney, who might or might not be on the payroll of one of the competitors, tries to take down the protagonist – a move that makes the bank Morales have done business with for twenty years back away from their loan offer – you wonder if Abel ought to switch name to Job. But Morales himself is, of course, also an instigator to violence, as we learn from his aggressive marketing campaigns to edge out the competitors from their old territories. He wants to be more than the king of the hill, he wants to be king of the city. 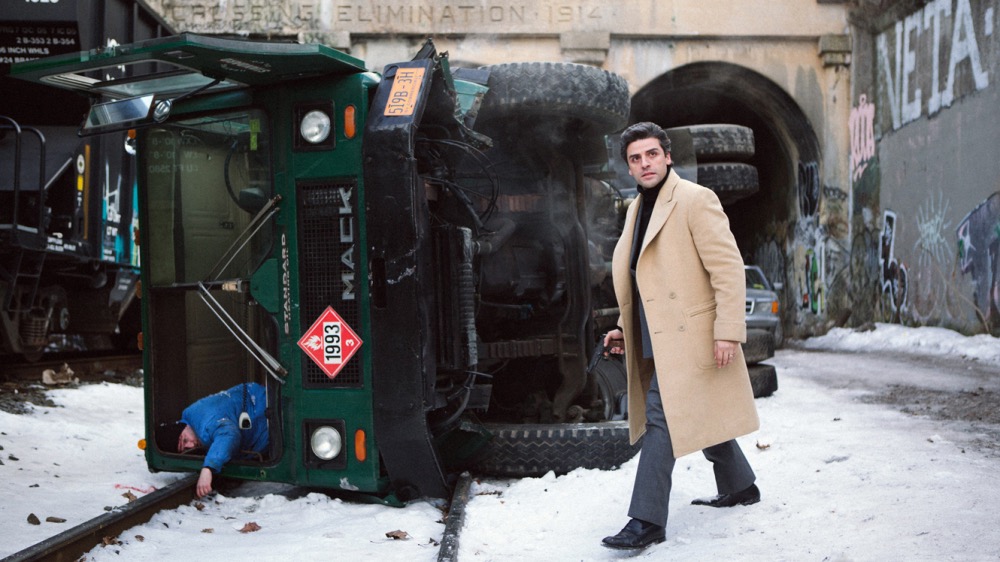 Again, Oscar Isaac proves that he is able breathe life into a complex and elusive character. His smooth operator is seconded by Jessica Chastain’s more openly aggressive Anna, whose roots in an infamous gangster clan comes to the surface once the going gets tough. There is a whiff of Lady Macbeth when she pulls the strings from her all-important position as the book-keeper. No surprise to anyone interested in the history of organized crime, in which financial operators like Meyer Lansky were often also the kingmakers of the underworld. This is used to great effect in Francis Ford Coppola’s The Godfather, Part II (1974), in which the Lansky-like character of Hyman Roth (Lee Strasberg) is portrayed as the true mafia kingpin – the Man behind the Man – while holding up a meticulously constructed façade of a sick old man who could not even hurt a fly.

All in all A Most Violent Year is another great film from J.C. Chandor, even more so because he refuses to dumb-down his long and hard look at the transition period between the seventies and the eighties with camp comedy or “irony” (compare with the overrated AMERICAN HUSTLE, 2013). He has managed to stray into vastly different territories in his three feature films, all of them with narratives far from the mainstream output. He seems to take an interest in people as sociological more than psychological creatures. Abel and Anna Morales are like precursors of the times to come, ready to shed their old hyena skins in order to become the leopards of a new era.