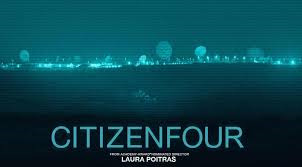 Hong Kong, May–June 2013. Following a correspondence by coded e-mail, journalist and documentary filmmaker Laura Poitras meet with fellow journalist Glenn Greenwald at Mira Hotel in Hong Kong to interview defected NSA collaborator Edward Snowden. A day later they are joined by Greenwalds colleague at The Guardian, defence and intelligence correspondent Ewen MacAskill. The interviews and the nearly one million documents Snowden provides are documented in Greenwald’s book No Place to Hide.

After a few days Greenwald and MacAskill begin to publish the interviews in The Guardian and Piotras does the same in Washington Post. Soon Snowden tops the news headlines around the world. The American state department sends a request to the Hong Kong authorities for the extradition of Snowden to the USA. Snowden realizes that he is running out of time and turns to WikiLeaks for help to buy a ticket to a country who can give him asylum.

In Brazil, Greenwald holds press conferences and works on Snowden’s case at the daily paper O Globo. A former NSA whistle blower, William Binney, comes to Snowden’s defense. In an office, a group of lawyers has a meeting to coordinate their pro bono legal assistance to Snowden.

Snowden chooses to go to either Cuba, Ecuador or Venezuela by Moscow, but is detained at the Moscow airport transit hall for more than a month (39 days) since his US passport has been revoked during the flight. After that he gets a temporary asylum, and his long-time girlfriend Lindsay Mills comes to Moscow to live with him. In the late summer of 2014 Poitras and Greenwald meet Snowden again in central Moscow.

Sensitive parts of their discussion is made by hand-written pages due to the surveillance risk. Greenwald summarizes everything that has happened for the last year and reveals – on a paper we cannot read – the name of a new whistle-blower. Judging by the expression of Snowden it seems to be a significant name. 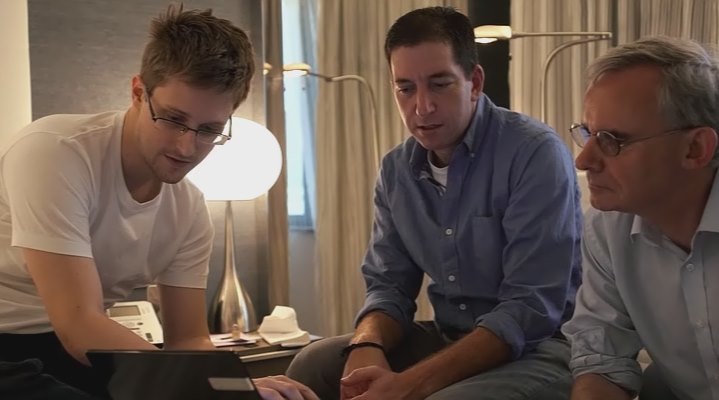 Citizenfour – the title is taken from Snowden’s code name in the e-mail conversations with Poitras and Greenwald – is in every aspect a remarkable film. It is like being with Daniel Ellsberg – thanked in the credits of this film – when he prepared to reveal the Pentagon papers in 1971 or when Mark Felt alias Deep Throat had his secret meetings with Bob Woodward before the Watergate scandal. This makes comments from some critics about the film not being particularly thrilling seem very strange. Is there a failure here to understand what is going on right in front of their eyes?

Take, for example, a scene at the beginning of the film. A fire alarm goes on in the corridor just outside Snowden’s hotel room. The interview comes to a halt and Snowden glances at the telephone in the room. Perhaps, he says, it should be unplugged since it comes with a microprocessor and can be hacked from the outside. The microphone in the handset can then be used as a bugging device even when it is placed in the cradle.

What was once a prophecy in the conspiracy thrillers of the 1970s has by now become reality and even something ordinary. Like a character from one of those movies Snowden reveals nothing less than a world-wide conspiracy by far more fantastic than anything in yesterday’s fiction. As always, reality by far surpasses artistic imagination.

Snowden discloses the truth behind the methodical lies about the global surveillance operations in ‘the war on terror’ by the US and their allies. Using a global computer network and highly sophisticated software they monitor and analyse practically all digital communication, down to individual clicks on mobile telephones. The ongoing instalment of these systems progress in break-neck speed. Back in the summer of 2013 they were called PRISM, XKeyscore, Sentry Eagle and Stellar Wind. Today they might go by different names. 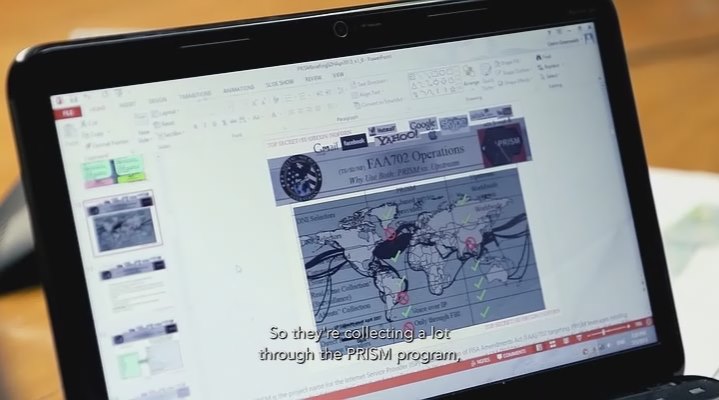 The most advanced of these systems by the time Snowden defected, Tempora, was used by NSA:s British partner organization GCHQ. Snowden describes how Tempora not only collected and processed metadata (time, place, identities of the sender and receiver etc.) but also monitored and processed the telephone networks in the same way. What’s more, it also included the content of the communications, something the intelligence services vehemently denied doing in public hearings since it would violate constitutional law.

One aspect that also is of some concern to Snowden is the attempts from the American government, their allies and the dominant liberal-conservative press to side-step the issues of the unconstitutional surveillance to focus on his person. The fact that the US government accuses him of espionage could be made out to suggest an unsound lack of patriotism and perhaps even an unstable mind. In their reviews, several critics have therefore carefully underlined Snowden’s calmness, ease and rational line of thinking in the film. 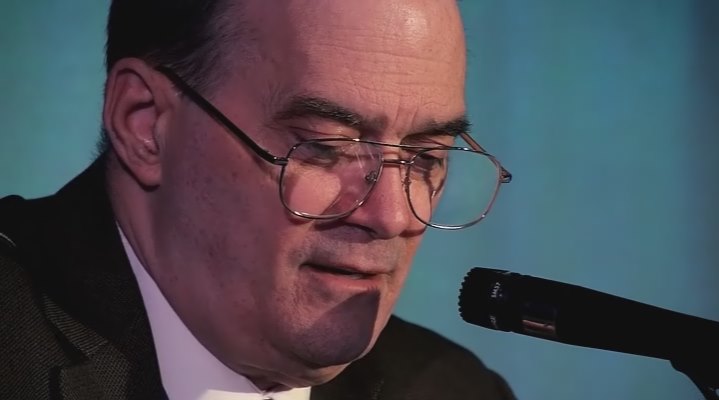 To get a perspective of his situation, the film introduces former NSA whistle-blower William Binney, recognized as one of the leading analysts in the history of American intelligence. Not more than a year after 9/11 and the extraordinary, unconstitutional instructions the administration of President George W. Bush gave NSA he retired and decided to go the media, where he attacked the surveillance program in the open.

Binney never disclosed any of the technical details of the operations and was later freed of any criminal charges. Despite this, the harassment started. His own security firm went bankrupt when NSA pressured his clients to cancel his services and in June 2007 armed NSA forces broke into his home to search the house. His attempts to seek compensation for his economic losses went on for years.

But now we are only speaking of someone who became a minor embarrassment to the NSA. The Snowden case should rather be compared to WikiLeaks informer Bradley/Chelsea Manning, whose degrading treatment by physical inspections, forced nudity and “enhanced interrogations” (read: torture) is but a taste of what Snowden can expect should he ever arrested by US authorities. It is all about making then into terrible warnings for any critical voice within the armed forces and the intelligence community. 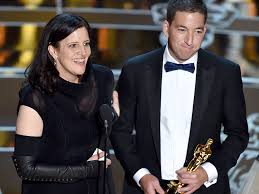 This seems like totalitarian features outlined on the democratic façade of the Pax Americana, and to make them even clearer we can consider the current working conditions for the journalists aiding Snowden. Both US Citizen Laura Poitras and British citizen Sarah Harrison, the WikiLeaks editor who helped Snowden get out of Hong Kong, live in Berlin, Germany. American journalist Glenn Greenwald operates out of Brazil. Why? Well, we get a glimpse of the answer when one of Greenwalds assistants is detained in London and his luggage is searched for names of sources of information.

A contempt for international agreements and diplomatic praxis came into light when Bolivian president Evo Morales’ jet plane was forced to land and be searched in Austria after an official visit to Russia in July 2013. The motive was, of course, that the US government suspected Morales of trying to smuggle Snowden to his home country and give him asylum there.

These measures gives us a broad hint as to why only a few countries have stated their intentions of giving Snowden asylum despite the fact that he faces the death sentence in the US. Not one European country besides Russia has done anything to help his cause. United Kingdom and France are two countries that in the past has given even dubious characters like Iranian ayatollah Ruhollah Khomeini sanctuary. In the case of Snowden, however, they shut their mouths and their doors.

Not even Sweden, a country that for many years welcomed political refugees of all kind, has said or done anything. It is a time of shame for democracy, and perhaps this will be the subject of Laura Poitras’ next film.

However, in Citizenfour her focus is on the broad outlines of Snowden’s disclosures while portraying his person and fate only incidentally. The cinematography is rather simple and mostly tries to get us up close and personal with Snowden to reveal his sincerity in the tough decisions he has made. Sometimes the framing is off and even outright bad, and the zooming in and out is distracting. 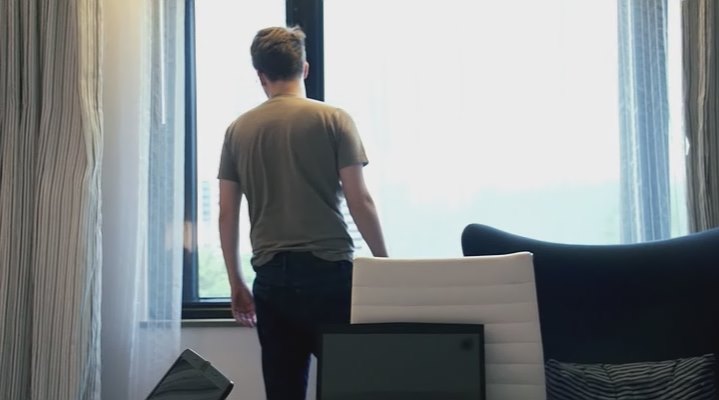 What really makes the film into a great thriller is the precise edition of Mathilde Bonnefoys and the subtle sound design of Frank Kruse. The scene with the fire alarm and the scenes in which Snowden momentarily contemplates the consequences he has to face as a result of his actions are good examples. In those scenes the editing and the sound quietly underlines his imprisonment regardless of whether he goes to prison in the US or is forced to live the rest of his life in exile.

From the moment he took the flight to Hong Kong with the NSA documents Snowden was doomed to live in the margins of everyday human existence, and the hotel room in one of the most densely populated cities in the world is his first isolation cell. Outside his window life goes on, and this is something can only get a whiff of, paying the prize of moral integrity in a world where that is a lost virtue.

Even if Snowden avoid to go into his personal motives, we still get a rather good picture of what they might be when he tells us some anecdotes about everyday life at NSA. There you can apparently relax by your computer by checking into a live feed from one of the many thousands of drones used in the surveillance operations. Surveillance as private entertainment speaks volumes about the odd and rather sinister atmosphere at the world’s leading intelligence service. 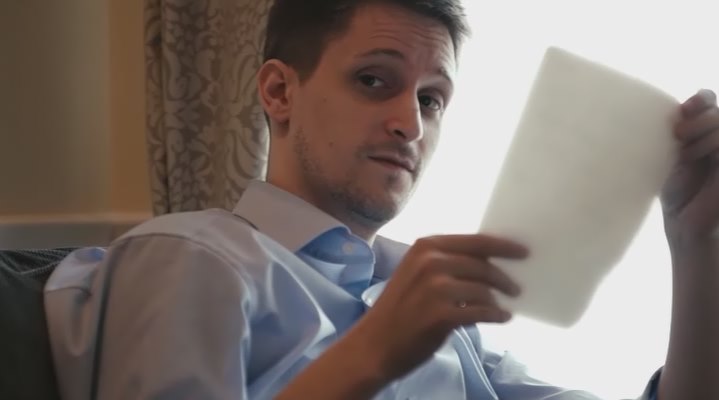 Snowden’s disclosures outlines a surveillance system tailored for global totalitarian rule: “We are building the biggest weapon for oppression in the history of mankind”, he says. As if he senses that those of us who lack insight into this closed-off world and might consider this too fantastic he continues: “It’s not science fiction, it’s happening right now.” To me this has to be the most frightening line ever uttered in the history of cinema. All genres included.

Read: Glenn Greenwald No Place to Hide: The NSA and the Surveillance State London: Hamish Hamilton, 2014.

Link: THE INTERCEPT. The web journal founded by Glenn Greenwald after the interviews with Edward Snowden. 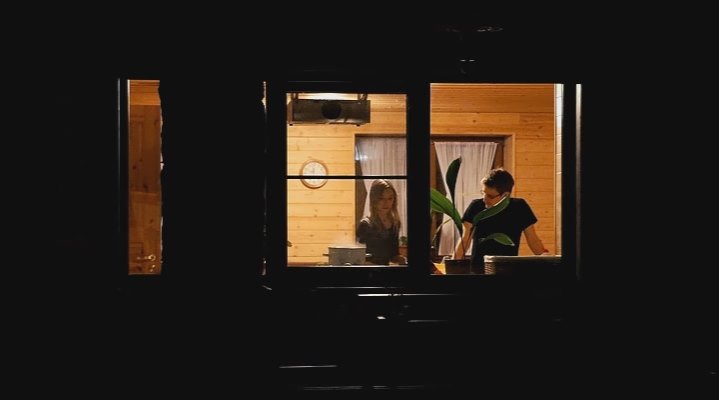