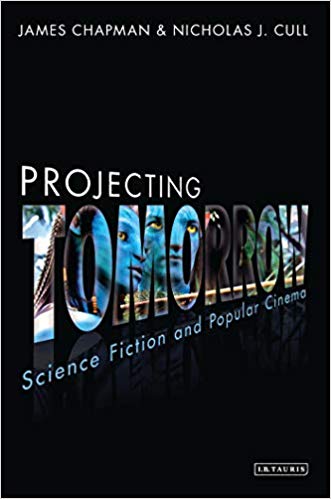 Professors James Chapman and Nicholas J. Cull’s previous collaboration, Projecting Empire: Imperialism and Popular Cinema (2009), is obviously the model for their new book on science fiction films. It spans from Just Imagine (1930) to AVATAR (2009) in 12 chapters written alternately by the two authors. Each chapter is an essay of an individual title, except for chapter 4, which is about the British Quatermass series. The result leaves me with a sense of both gratification and frustration. The gratifi- cation of readable texts that outline comprehensive studies of the selected films and the frustration of never getting the full in-depth treatment.

In his introduction to the book, Chapman argues for using empirical investiga- tions and historical contexts. Rightly so. During the course of the book, we glimpse the rewards of digging into the archives while keeping an eye on the social, political, cultural, economic and industrial context of the productions. In what might be the biggest praise of this collection of texts, the reader truly gets his/her appetites whet- ted as Projecting Tomorrow cries out for closer studies into the films based on H. G. Wells’ work. Or the Planet of Apes cycle, including the two reboots released in 2001 and 2011. Or on individual titles such as ROBOCOP (1987) or Avatar. There seem to be so much to motivate a more thorough investigation of each and every one of the cases, which are only loosely connected to one another in the volume. 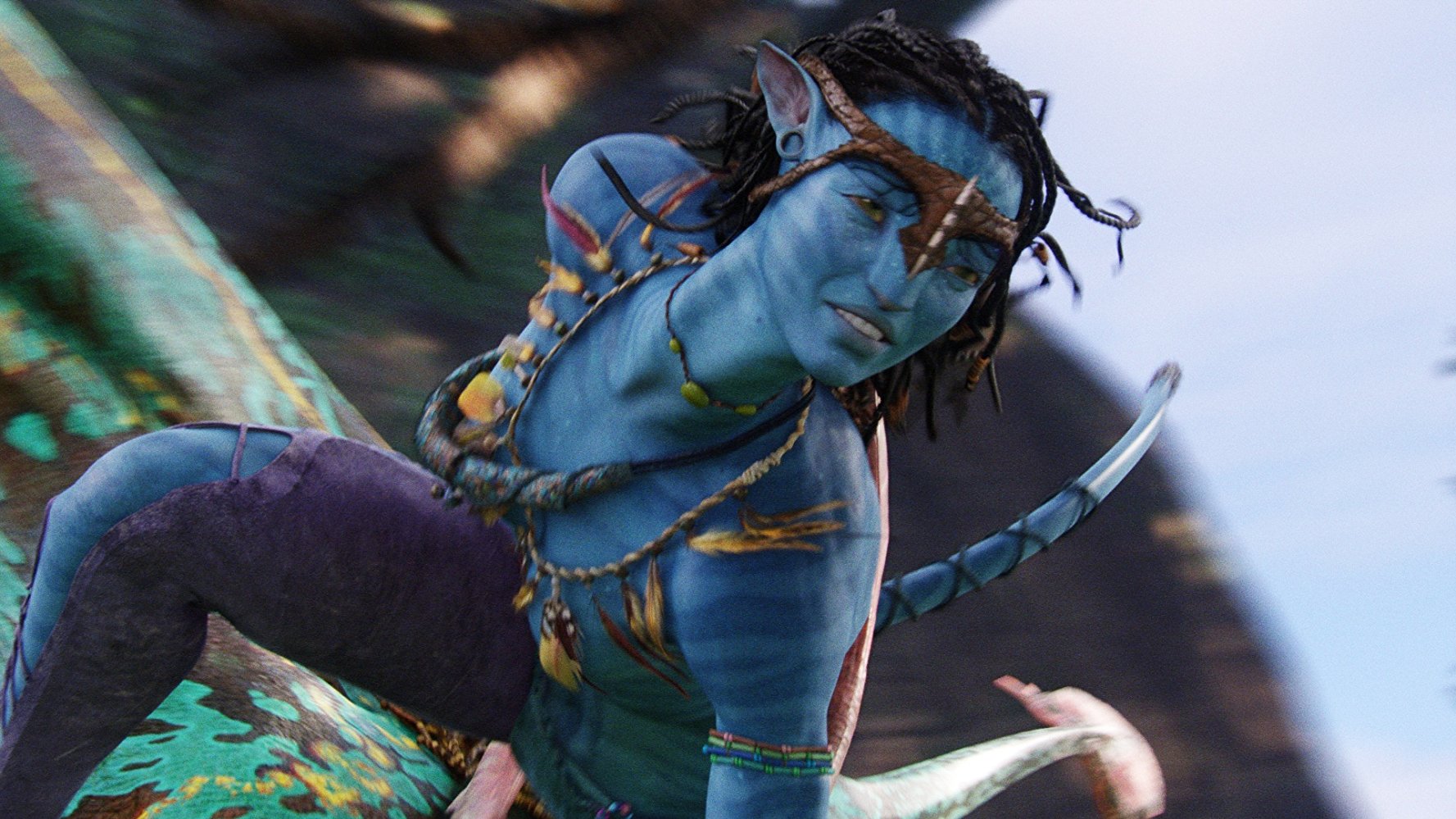 Just look at Avatar as a corrective to centuries of colonial myths about the savage Other in imperial fiction and the western genre. Characteristic of the book, Cull packs his political analysis of the film into just two pages. Not bad. In fact, it is an excellent summary written in the terse prose the authors cultivate. But it misses the film’s intricate deconstruction of this propaganda tradition, from details such as the casting of Wes Studi in a role that counters his breakthrough perfor- mance as the villainous Mohawk Magua in the 1992 film adaptation of The Last of the Mohicans to the concept of frontiersmen—in the American West as well as in space—living under the threat of losing their English souls when crossing the racial divide. Avatar is perhaps the unsurpassed study of what it means to ‘go native.’

Then there is the question of the selection of titles—all well-known American or British examples of the genre, save for the now-forgotten Just Imagine (1930). In his introduction, Chapman pre-empts such criticism by the hint of a possible sequel, Projecting Tomorrow 2, including another list of American or British genre classics. While I understand the attraction to the titles in this book as well as of the alternative list of titles to the follow-up, it would be refreshing to get a broader perspective beyond the mainstream. Why not extend the study to films from other countries? 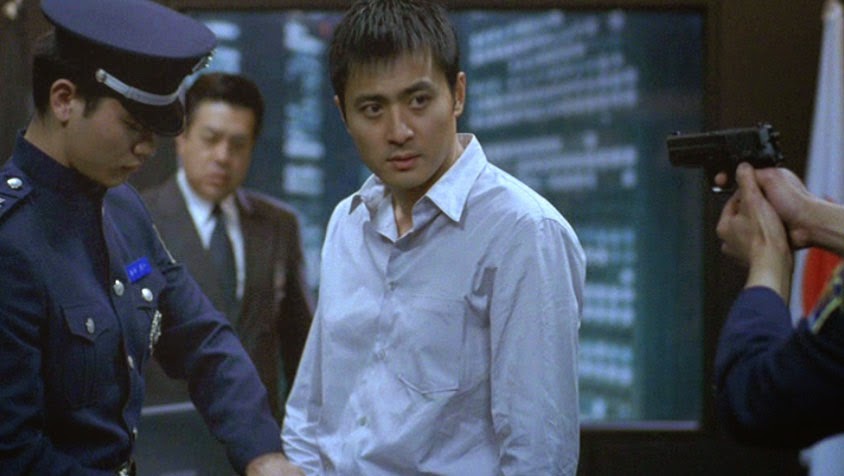 A truly alternative list could then include titles such as Aelita (USSR, 1924), The Man Who Thought Life (Denmark, 1969), THE QUIET EARTH (New Zealand, 1985) and 2009: Lost Memories (South Korea, 2002). Even including neglected English-language works, such as the mind-boggling low-budget time-travel film Primer (US, 2004), would challenge the canonical tradition of Important Anglo-American Titles more than just excluding the most usual of suspects—Blade Runner, the Terminator and Alien films. I know it requires the collaboration of archives, perhaps also scholars, in the respective countries, but such a book would certainly be an eye-opener, bringing well-deserved attention to the merits of works presently ignored or considered marginal.

Furthermore, the question of style is largely left unmentioned, perhaps because the genre is so diverse in style. But then, which genre is not? Nearly all of the films included by Chapman and Cull have been made using studio sets and elaborate visual effects. Yet, the only one that provokes any discussion of style is the docu- mentary-influenced The Hellstrom Chronicle (1971). However, the title of the final chapter on Avatar—’The Image as Hero’—is largely applicable to all the works mentioned. In fact, science fiction is the one genre that throughout film history has stuck closest to Tom Gunning’s concept of the cinema of attractions, regardless of any realist touches. Visual spectacles are highlighted to the degree that they become regular showstoppers so we can take in the full splendour of a future world, a sinis- ter new weapon or an alien encounter of the gruesome kind. More elaborate com- ments on the cinematography, production design and editing would be appropriate, including the use of frame enlargements, rather that production stills. 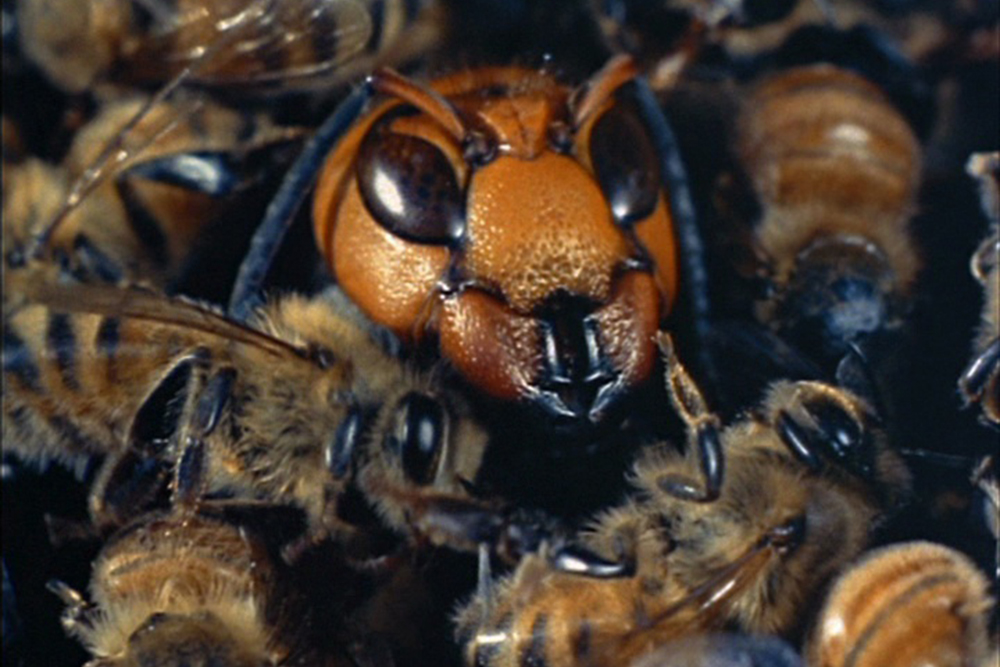 Reservations aside, Projecting Tomorrow is a riveting study of science fiction, one I can recommend as an introduction to the genre. It features accessible texts suitable for a wide range of readers, from cinemaniacs, genre buffs and basic-level film students to veteran scholars. Leaving theoretical grand narratives behind while sticking to no-nonsense empirical research and historical annotations, the book will stand the test of time, no doubt. An added attraction is that Chapman and Cull are both scholars and fans, which makes their texts into an enjoyable combination of intellectual rigour with playful comments. Their enthusiasm shines through in every other sentence, and it is catching. Seeing Quatermass 2 again without thinking of the political subtext as well as Brian Donlevy’s struggle to conceal the loss of his toupee, gone in the winds during the exterior shooting, will be impossible.