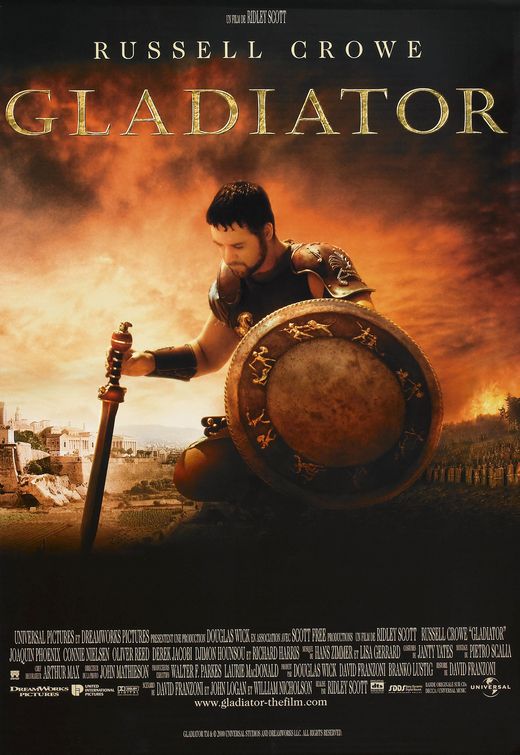 Three-disc edition with the film on disc one re-cut with seventeen extra minutes that does not add anything significant. It also sacrifices the DTS track to enhance the image quality – a beautiful transfer with richer black tones than the previous edition – and to make room for a pedestrian commentary track with Ridley Scott and Russell Crowe. The real treat is in the two additional discs, where we are guided by historians and crew to see how ancient Rome has been translated to film. Historical advisor to DreamWorks, Latin professor Kathleen M. Coleman at Harvard, also featured on this disc, published an essay on her experience on the film in Film International’s Swedish predecessor Filmhäftet (#114, 2001). Those of you who want to read it (and more essays on the film) in English, get the book Gladiator: Film and History (Malden, Oxford & Victoria: Blackwell, 2004) edited by Martin M. Winkler.

Matt Dillon stars as the wildest of a group of rebellious teenagers in this interesting but flawed film based on true events in California but staged in Aurora, Colorado, actually not far from Columbine. The budding social analysis of suburbia ends, however, in a muddled tragedy of ‘generation gap’ misunderstandings. Sol Kaplan’s (Jonathan’s father) somber tones might sound good to the film-makers, but not using the music loved by the kids of the 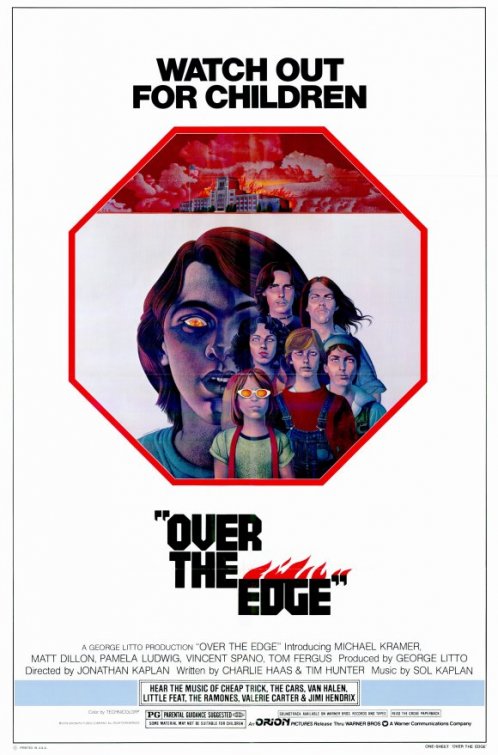 age (punk rock, early metal, synth) on the soundtrack was ignorant when the film tried to attract its target audience, not to mention the possibility of articulating a political message now missing from the film.

Disappointing but not uninteresting fourth installation of the ‘dead’ cycle that began with Night of the Living Dead (1968). Dennis Hopper is rather good as a mix between Donald Trump and George W. Bush, and the zombie lead (Eugene Clark) is the true working-class hero of the film. The commentary tracks by Romero himself consist of production trivia and anecdotes from the set that are interesting only to the people involved in the production. Extras, including the usual making-of-documentary and a short documentary about the Brits behind the spin-off Shaun of the Dead (2004), joining Romero on the set for a cameo laugh, are also of minor interest.

Boxes to spend a weekend with

Over five hours of more interviews in addition to two commentary tracks to the 145-minute feature plus other extras packed on two discs. Rarely has a film dominated by talking heads been so spellbinding. Maybe it’s because it touches on a subject most documentaries never go close to: the big corporations. They would not really have to use the usual suspects, such a 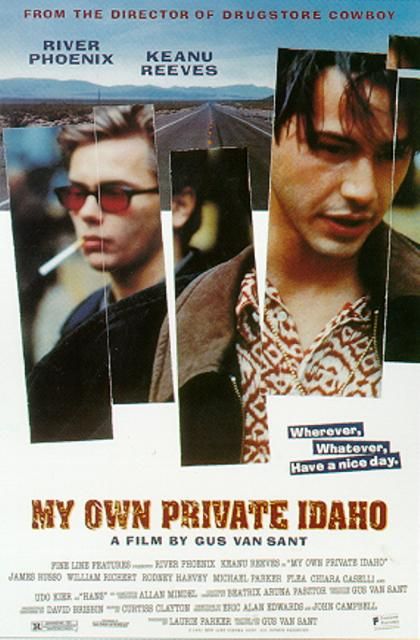 s Michael Moore, Naomi Klein and Noam Chomsky. It would have been sufficient just to let Milton Friedman rant and rave about the bizarre consequences of his neo-liberal ideology.

Two audio-only interviews on the supplementary disc replace the otherwise standard commentary tracks on Criterion’s releases. The possibility of commenting on specific scenes while we see them is lost, but image quality of the feature is perhaps enhanced by this decision. The 64-page booklet with interviews, articles and reviews from the time of the première is also an excellent supplement to the film.

Awful to so-so digital transfers of seven horror films that were outlawed as ‘video nasties’ in the 1980s United Kingdom. The Last House on the Left is the only film that comes with decent commentaries and documentaries. The supplement disc holds the best attractions: two documentaries on the British censorship and the moral panic that created the ‘video nasty’ phenomenon, including interviews with the film-makers. At least to viewers in Scandinavia the arguments during the height of the hysteria sounds familiar, and many of them have been used down to the exact words in various cultural battles from the controversy of the Nick Carter novels at the turn of the former century to comic books in the 1950s and now to computer games. The seven films in the box are: The Last House on the Left (Wes Craven, 1972), I Spit on Your Grave (Meir Zarchi, 1978), Zombie Flesh Eaters (Lucio Fulci, 1979), The Driller Killer (Abel Ferrara, 1979), Nightmares in a Damaged Brain (Romano Scavolini, 1981), The Evil Dead (Sam Raimi, 1982).

Low-budget gritty comedy in mock-poor packaging de luxe. Three discs with two commentaries: one made in 1995 to accompany the theatrical version (disc 1), the other made in 2005 to go with a version called ‘the first cut’ (disc 2). Disc 3 is all supplementary material, from documentaries about the making and, especially, the marketing of the film to the complete first script version. It might not be an artistic milestone in film history, but I had a lot of fun going through the material in this box. 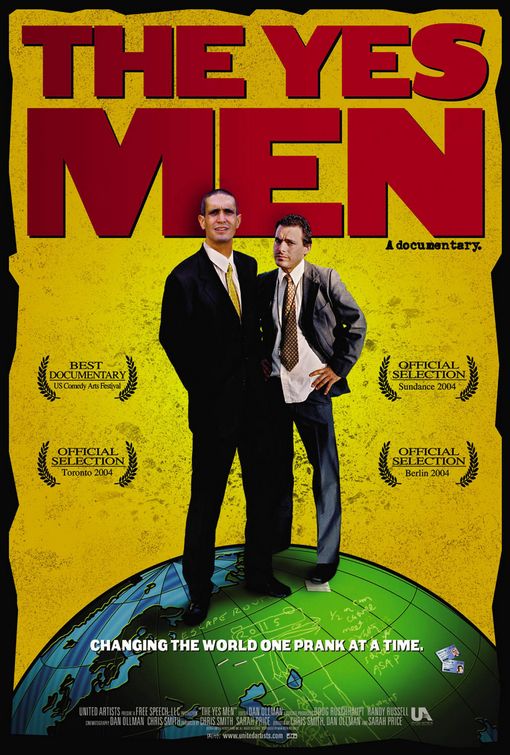 Comedy team Andy Bichlbaum and Mike Bonanno pose as World Trade Organization officials to swindle their way into media and international conferences and document how they can say the most outrageous nonsense without anybody raising their eyebrows. Extras include an amusing commentary track by the film-makers and stars plus some deleted scenes.

A son’s tribute to his film-maker dad that sometimes strays into overly praising devotion. Still, it is a great document of an artist working in the golden age of Hollywood. Since Stevens Sr. also worked as an army documentarist during D-day and the Allied forces march through France and Germany, and saved copies of all of his films, this film features some of the best colour footage from the horrors at the end of the Second World War, including a horrifying sequence from the opening of Dachau.

Entertaining documentary of another cultural battle that has been ongoing since the 1960s: pornography. Gay film-makers Bailey and Barbato focus on heterosexual pornography and the heterosexual debate around Deep Throat, but they forget the effect on gay and lesbian communities to the dismantling of censorship on sex. Also, they stretch their subject to the limit to include even marginally related phenomenon such as the ‘Deep Throat’ of the Watergate scandal. Rather interesting commentary track where the film-makers discuss how they selected the material to the film.

Great alternative film history about how gays and lesbians have been portrayed in Hollywood cinema (and some British films), and I hope it finds its way into the screening programmes of all university courses on cinema history together with Vito Russo’s book The Celluloid Closet (originally published in 1975, but reprinted and still available from Harpers), on which the film is based. The informative commentary track with the film-makers, narrator Lily Tomlin, producer Howard Rosenman and editor Arnold Glassman is complemented by interviews with Vito Russo before his death in 1990 of AIDS on a separate commentary track. Extras include some revealing letters to the film-makers from Charlton Heston and Gore Vidal.

Strange cutting between The Rolling Stones working on their song ‘Sympathy for the Devil’ in a London studio (including Brian Jones, portrayed recently in a fiction film about his death soon after these events) and Brechtian stagings of political speeches in a wasteland of western consumerism (well, mostly car wrecks). I am not sure the song matches the political consciousness Godard seems to call for, but the film is fascinating as a document of the late 1960s and rock ’n’ roll culture, as well as a curious film experiment. No extras.

Interesting Films but Not Much Bonus Material

Five classical horror films in okay transfers for the price of one DVD: Murders in the Rue Morgue (Robert Florey, 1932), The Black Cat (Edgar G. Ulmer, 1934), The Raven (Louis Friedlander, 1 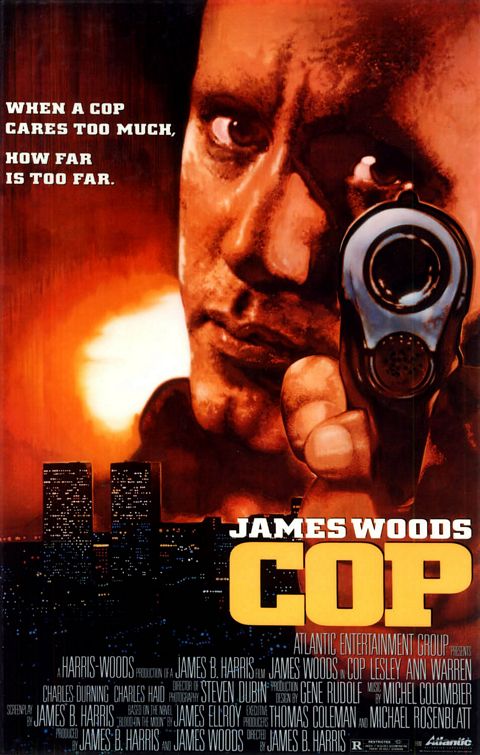 Harris’s neo-noir film adaptation of James Ellroy’s novel Blood on the Moon, co-produced by star James Woods, is still fascinating to watch. No other leading actor of the decade dared to be as morally ambivalent as Woods, and that suits the portrait of Lloyd Hopkins perfectly. Excellent supporting actors: Leslie Ann Warren, Charles Durning and Charles Haid.

Super computer Proteus takes Susan Harris (Julie Christie) prisoner in the intelligent house he controls and finds a way to mate with her to produce a new man-machine master race. Underground legend Donald Cammell’s film after the novel by Dean Koontz is one of the most surreal but also memorable in science fiction film history.

One of the most fascinating films made in the period just before the dismantling of the production code and the beginning of New Hollywood. The legend of Jean Seberg has somewhat merged with the title role due to her mental problems later in life, but I just think her performance bears witness to the fact that she was a great actress. Just as interesting is to see Warren Beatty and Peter Fonda in roles performed before they turned into stiff icons of hippie generation coolness.

So-so transfer of a classic I have waited long to own on DVD. Extra material consists of a documentary of one of the child actors revisiting the houses in which the film was made 60 years ago, curiously sidestepping the aesthetic and political importance of the film.

A horror classic based on Henry James classical novel The Turn of the Screw and co-written by Truman Capote. Every single frame by cinematographer Freddie Francis seems to have the ambition of being composed as a beautiful painting and Deborah Kerr is perfect as a repressed Victorian super nanny sliding into madness. Or is she really all that crazy?