When thinking about Robin 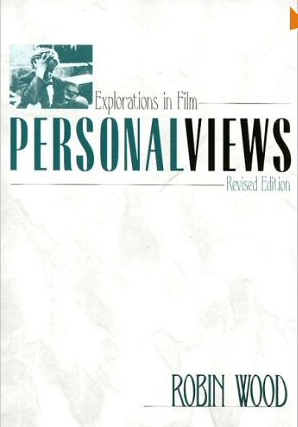 Wood, his book Personal Views always comes to mind. He published it in 1976 – a transitional period between what he called his life as “an ideal bourgeois man” and his coming out as a gay, feminist and socialist in his manifesto ’Responsibilities of a Gay Film Critic’, originally a speech delivered in 1977 at National Film Theatre then printed 1978 as an essay in Film Comment. Many critics and followers have regarded these two periods of his life as incompatible even as he struggled in the revised and revisited editions of his old books to reconcile them. Not so in my book. His close readings in seminal auteurist studies such as Hitchcock’s Films (1965), Howard Hawks (1968), Ingmar Bergman (1969) and Antonioni (1969, revised 1971) does not stop at awe for the directors’ formal virtuosity but go beyond to discuss the moral and sometimes social implications of the films. More than a break with the past, I see his sexual and political coming out as a logical evolution of budding ideas already present from the start. His personal experience and politics finally became one and the same.

In this process, he had an inexhaustible enthusiasm and openness to new perspectives on not just film but art in general. David Bordwell stressed in his blog obituary Robin’s seriousness, and rightly so. Completely disregarding the often shallow snobbery that goes with the institution of high art or the anti-intellectual fan worship that goes with popular culture, he wrote with the same intellectual rigor on both art cinema and low-budget horror. Equally important, he never let his logical reasoning stand in the way of his emotional experience. His was a love affair with art and its potential to change our hearts and minds, and I suspect that even the most hardened cynical reader is swept away by the pure energy of his joie de vivre when he explores films as if they were the most valuable treasures in the world. That is, I suspect, why intellectual fads in film theory has come and gone while Robin’s work still stands tall. 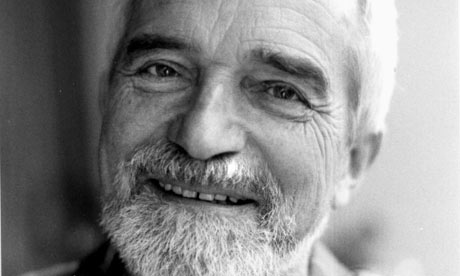 Yes, I cannot help but to be personal about Robin. I hate the fake intimacy of so many biographies when the author calls his subject by first name, suggesting that they had some sort of personal relationship that never was. And I also loathe the shallowness of flippant personal observations that has largely replaced film criticism. In this case, however, I have no choice but to strike a personal note. Because, as for so many other friends of Robin, mine was a personal journey. It all started with reading one of the most important texts on horror film, his 1978 essay ’Return of the Repressed’ in Film Comment. I had then just arrived at the university after working shifts some years at a chemical plant. Never being free at the same times as my friends – and then they were leaving town to explore the world elsewhere – I spent many afternoons and nights at the cinema, virtually seeing everything on the repertoire.

This was during the last gasp of the 1960’s leftist movements, largely self-destructing under the brutal and cheerless heels of Stalinism and Maoism, and one its mantras was that popular culture equaled American culture equaled Imperialist propaganda. ’America has hi-jacked our subconscious’, as Wim Wenders saw it in Kings of the Road. As if the CIA were monitoring all the screenwriters of Hollywood. That there could be other aspects of popular culture – aesthetical as well as moral and ideological – was inconceivable. I had a hunch something else was going on in many of the films I saw, especially in the contemporary tidal wave of horror films. In no way did they seem reaffirm conservative values – old or new – and reading Robin’s essay put all the pieces together. In his elegant mix of intellectual seriousness and irresistible joy, it was as if he gave words to my very own experience. Later I learned that many others have had similar experiences.

Armed with his ideas, me and a new class of film st 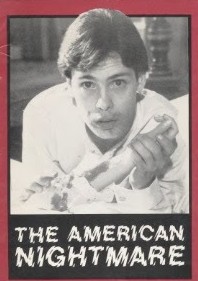 udents – many now distinguished professors and cultural pillars of society – took over the student’s film club at Lund University in the early 1980’s, devoting Sunday nights to Robin’s check list of American and other nightmares. It launched a controversy with our high cultural minded predecessors, but the audience was as captivated as we were. On other weekdays we showed retrospectives of both genres and auteurs that was as influenced by Robin as the Sunday night visits to the world of the gods and monsters of our time. These often sold-out screenings were some of the most cherished memories for the many who attended.

After continuing the dialogue with him via his books – The American Nightmare (1979, with Richard Lippe), Hollywood from Vietnam to Reagan (1986), Hitchock’s Films Revisited (1989), Sexual Politics and Narrrative Film (1998) etc. and his CineAction! journal – I finally got to know him. My close encounter of the second kind with Robin started when I in 1998 took over a small academic film journal called Filmhäftet and decided to take it out of its provincial scholarly cul-de-sac and into a more demanding and at the same time popular style. I invited writers all over the globe to make it into a truly international film journal. One of the first to respond to my call was Robin. He came onboard for the Hitchcock (of course) centenary spe 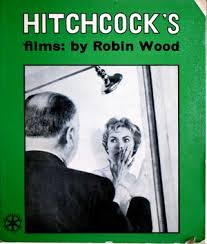 cial issue in 1999 and immediately became a regular contributor, both in Filmhäftet and in its English-language successor Film International (2003– ). Typical of Robin, his Hitchcock essay was an appreciation of some of the director’s overlooked titles: Saboteur and Lifeboat. These represented not the reassuring run-of-the-mill anti-fascist films that Hollywood then churned out by the dozens but more worrying analyzes of latent fascism in the very fabric of capitalism and patriarchy that made up the America that was supposed to fight fascism.

Over the years as editor, I finally met Robin in person on a few occasions, but mostly I had intense and stimulating e-mail correspondences with him. We agreed on many things (horror films, Hawks, De Palma) and disagreed on others (Cronenberg, Haneke), but it was always a joy to discuss with him. He was the very opposite of the reactionary bullying and conservative streamlining of the mind that all too often characterizes both the academia and the media. His was a generous world of exploring new frontiers when experiencing art in general and films in particular, and – as he does in his writing about Haneke – he often stresses interart connections. The use of music was for him just as important for the meaning as the use of mise-en-scène, and when you follow him on the trail of meaning in a film, you become educated about art in the every aspect of the word.

It has been a privilege to know him and to read his work. I take some comfort in hearing from his longtime partner Richard Lippe that he died peacefully in his sleep. Sadly though for a man who recognized capitalist society for what it is: an anti-democratic, anti-humanistic war machine that ultimately threatens life on this planet, he died before catching even a glimpse of change for the better. Instead, on the final days of his life he had to read about the petty fights and ultimate failure of the Copenhagen Climate Conference. For us, the living, this depressing fact should be a call to action in our work as well as in our private lives.