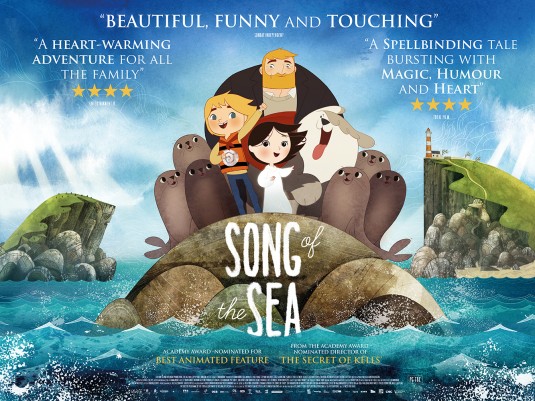 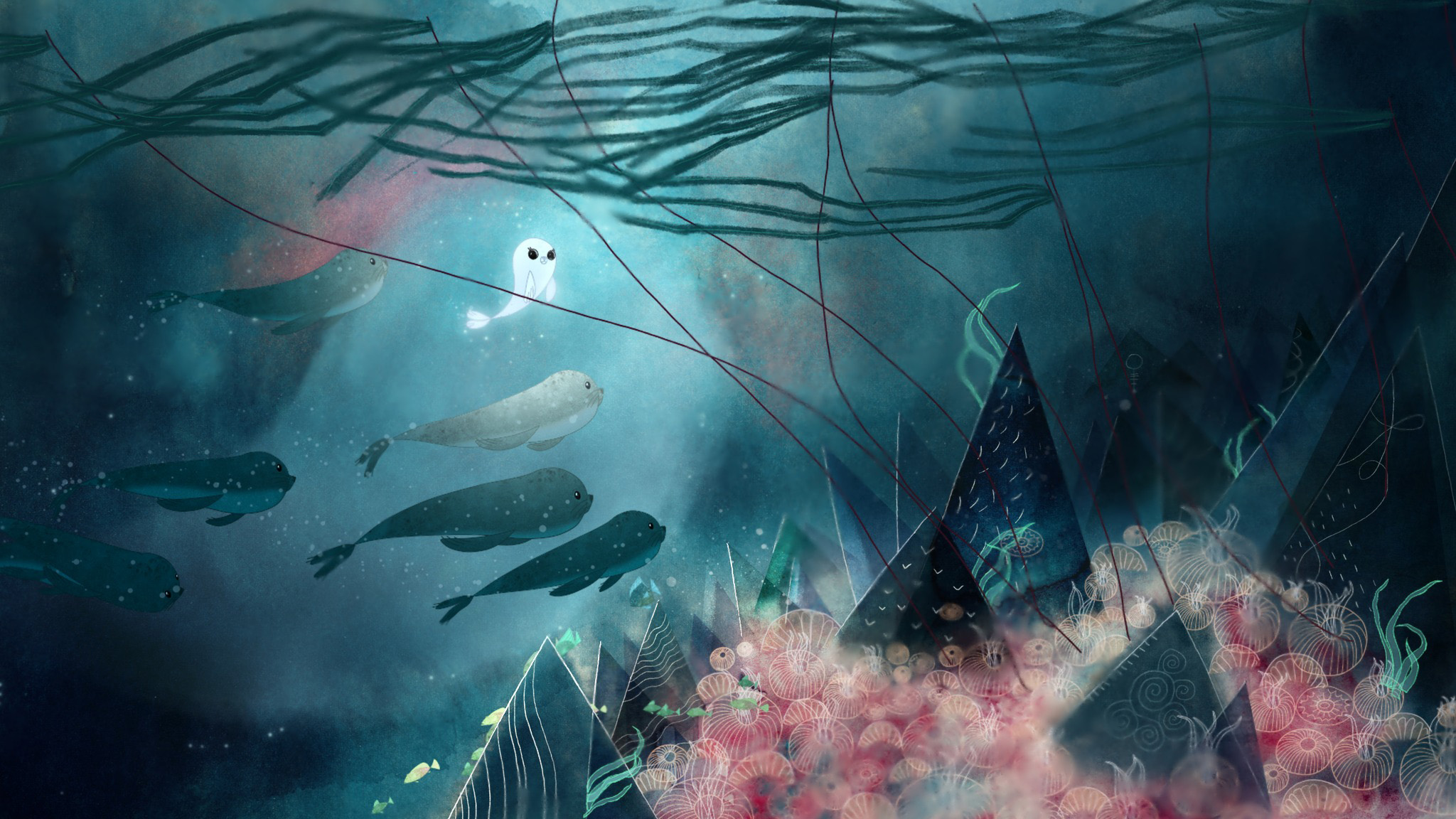 It is almost inevitable to compare Irish animator Tomm Moore (The Secret of the Kells, 2008) with his Japanese colleague Hayao Miyazaki. Although transforming old tales and legends into modern stories is not unique to them, they add elements of their own. In his new film, Song of the Sea, Moore moves even closer to Miyazaki when he abandons the tired old good-versus-evil-formula and dramaturgy for a story of love and reconciliation.

in Song of the Sea he pictures a world in which all men and creatures are both understandable and even sympathetic once we learn of the reasons for their actions, even for those we at first see as the agents of darkness. This nothing short of revolutionary in a world dominated by a Manichean dogma in both politics, media and the arts. In today’s 1984-ish landscape of fear and horror of everything and everyone just slightly different from what is perceived as “normality”, the celebration of fellowship in diversity shines like a candle in the dark.

The film is based on the tales of selkies – shapeshifters that can shed their seal skin as a coat and turn into humans – found in the folklore of Ireland, Iceland, the Færø Islands, Scotland, the Shetland and Orkney Islands. They are creatures of romantic tragedies as selkies of both sexes are said to be both beautiful and good but torn between life as humans on land and as seals in the sea. Women selkies are thought to make for excellent wives, but their seal coats must be kept from them or they will inevitably go back into the sea and only return to play with their human children in the waves. Deprived of their seal coats and bound to be on land, selkies are often seen staring out at the sea for hours.

Moore’s plot adds bits and pieces from the legend of Manannán mac Lir – a semi-god and giant of the Irish Sea – and also of various faery creatures in Irish mythology. It makes for a spectacular finale as the giant awakens from under the spell of being turned into an island, but it has no real place within the main narrative and distracts as an ill-fitting show-stopper. Other than that, the film is a wonderful story of loss, grief and emotional healing as the lost main characters revives the creatures of the mythological past to accompany them back to the land of the living. 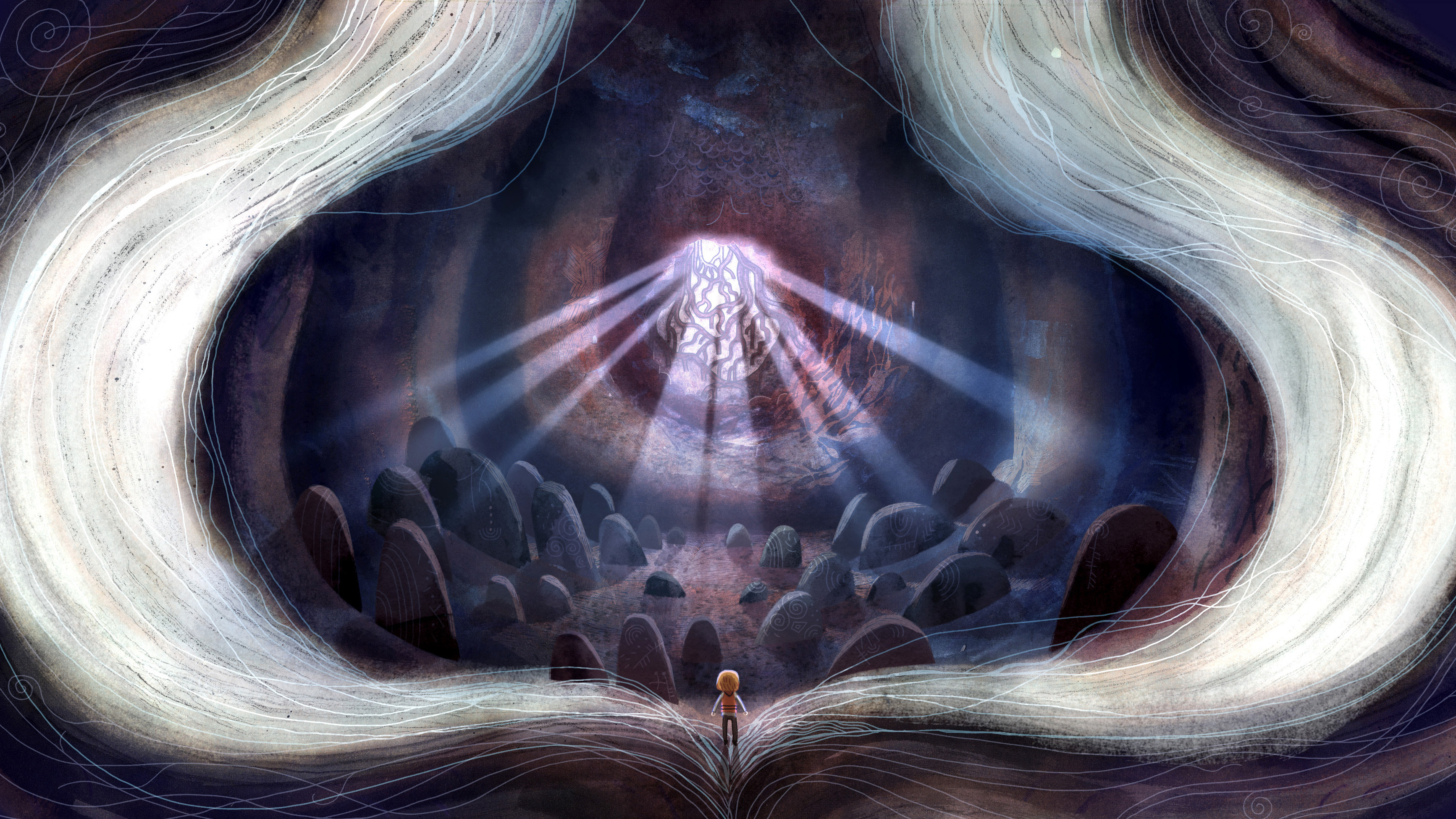 The tale is accompanied by a beautiful musical score made in a collaboration between French composer Bruno Coulais, best known for his score to the documentary Winged Migration in 2001, and Irish folk band Kila. Symphonic music is mixed with songs in Gaelic on traditional instruments and lyrics inspired by William Butler Yeats. The title itself is explained in the magical “Song of the Sea” that not only releases the creatures of mythology but also Saoirse’s voice and language. She can finally be heard and bring harmony to a world disunited.

In style, Moore does not look like anything today, neither Miyazaki nor Pixar or any of the TV cartoons. Instead, he revives the Zagreb Film (Professor Balthazar, 1967–78) animation school of the 1960s and 70s with a richness in colour and design that seems truly revolutionary in the age of 3D computer animation conformity. The backgrounds have the spectrum and texture of watercolour, while the earthly and mythological creatures are in saturated colours.

The message here is perhaps not just about the loss of magic and life and love in the world of men but also in the world of animation. Song of the Sea might therefore be a call to arms for those who want to break away from the narrow and rather dull path of photo-realist animation and celebrate the genre for its specific characteristics regardless of its tools. 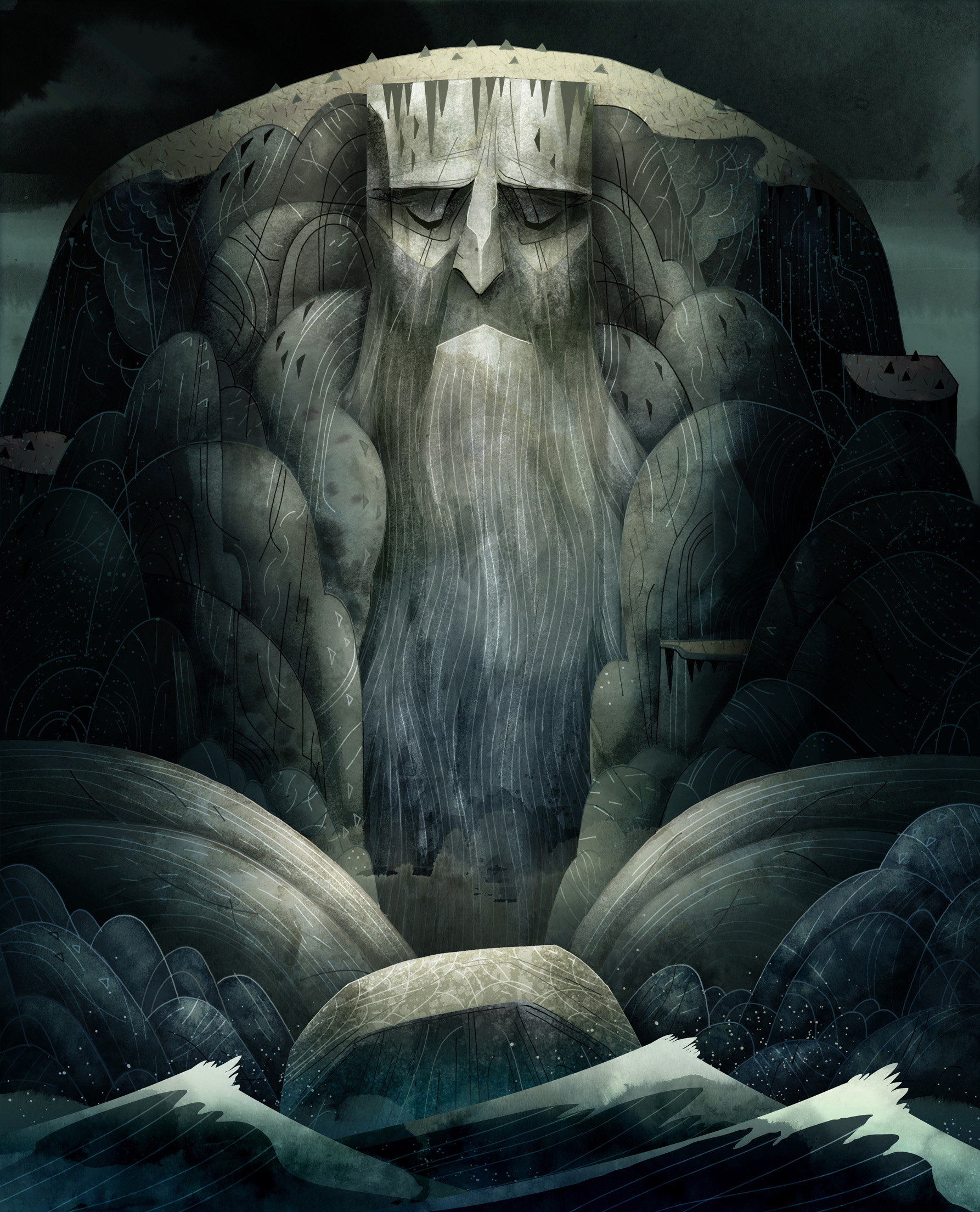